People always talk about the "spring buying season" when they talk real estate. However, this year it appears as though the summer real estate market will be just as hot.

The most recent Foot Traffic Report released by the National Association of Realtors (NAR) revealed that there are more buyers out looking at homes right now than at any other time in the last two years including the past two springs (in orange below). 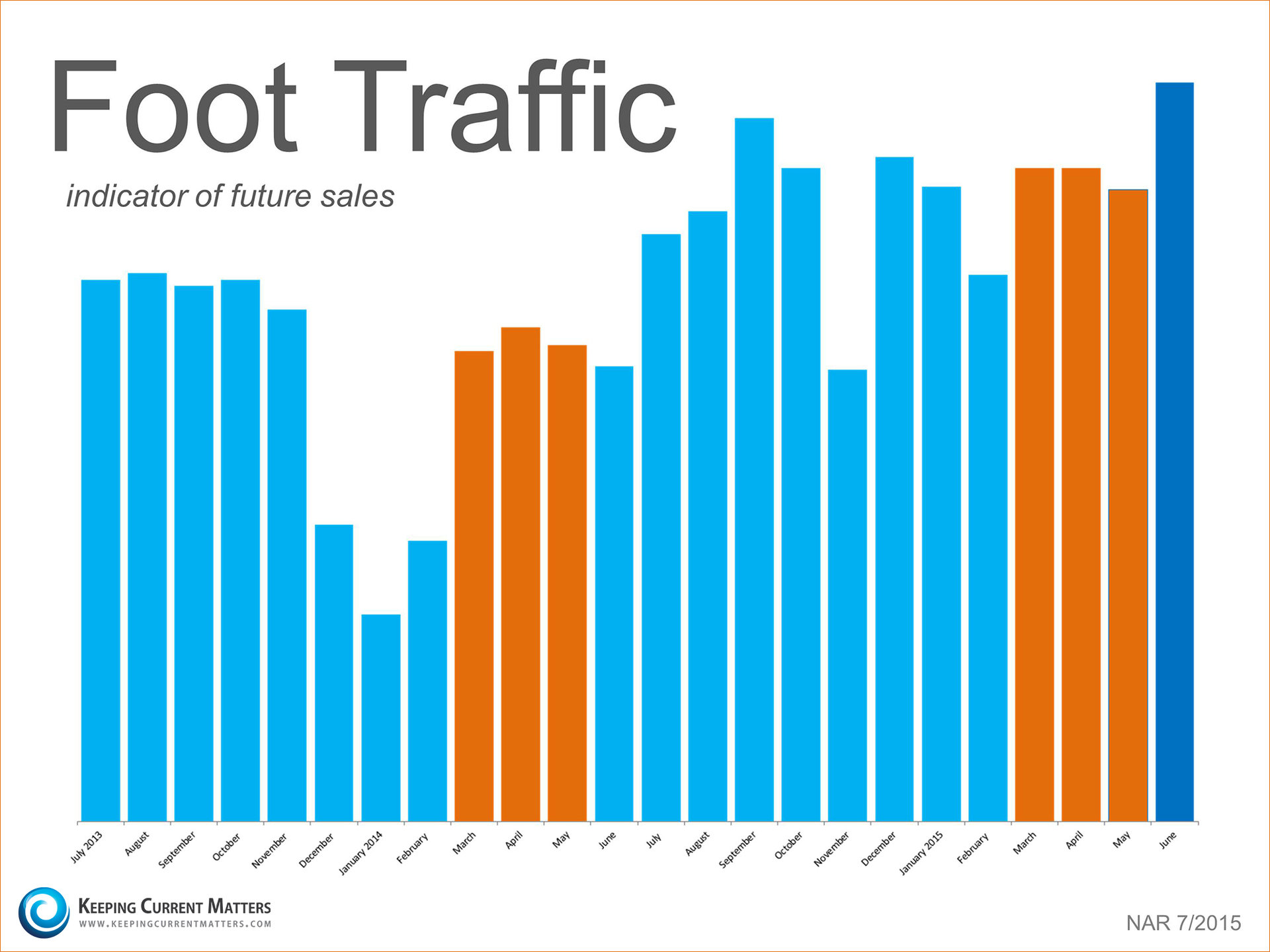 The Foot Traffic Report is compiled from data on the number of properties shown by Realtors. NAR further explains:

"Foot traffic has a strong correlation with future contracts and home sales, so it can be viewed as a peek ahead at sales trends two to three months into the future."

We can see that the number of prospective purchasers out looking at homes has been greater each month this year compared to the same month in 2014. And, though foot traffic fell off last June as compared to May, this year it has increased nicely. 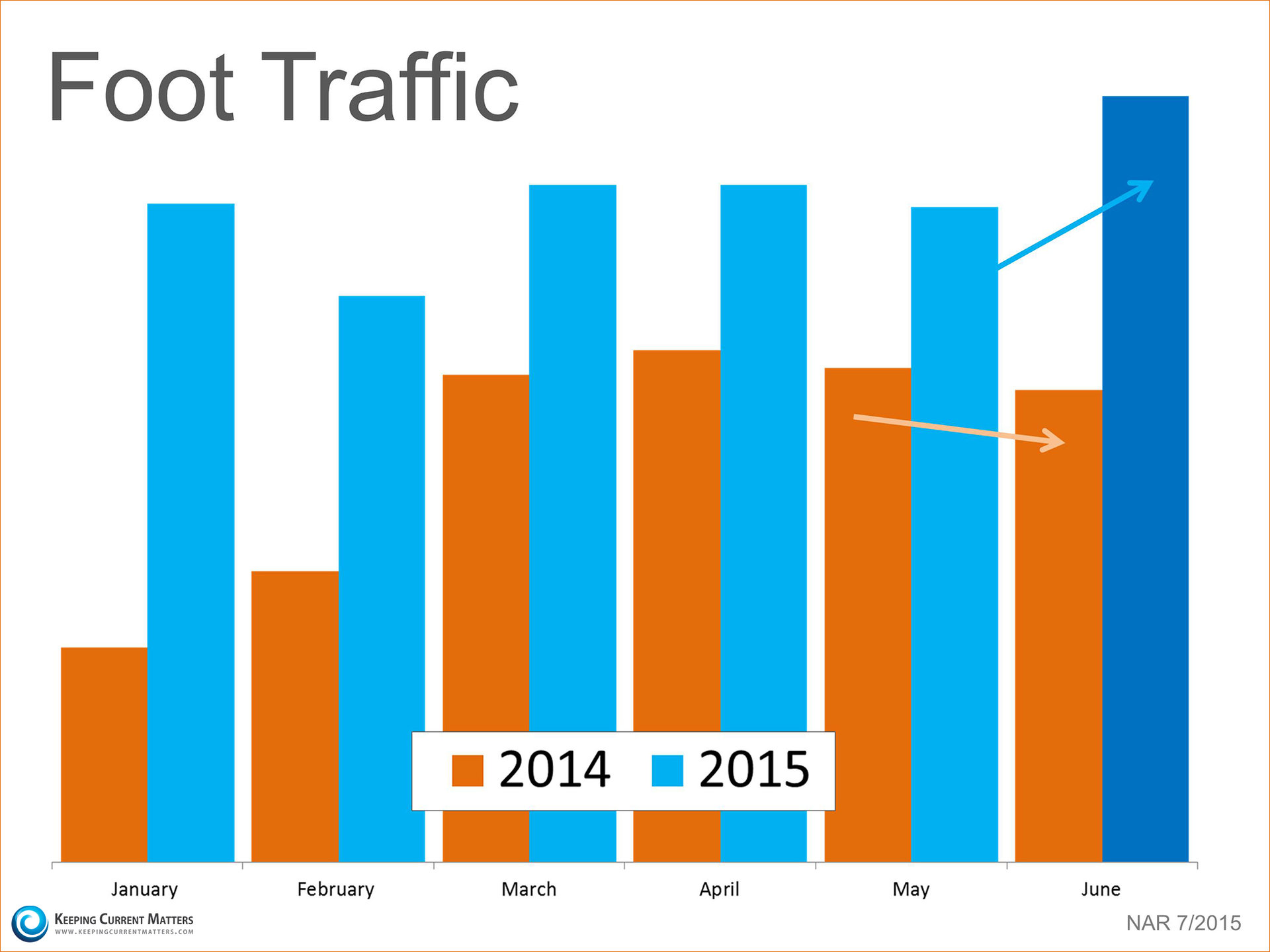 The housing market will remain strong throughout the summer and into the fall, making for one of the best years in real estate over the last decade.

If you are one of the many homeowners out there who are debating putting their house on the market this year, don’t miss out on the great opportunity you have right now!

The latest Historically, a 6-month supply is necessary for a ‘normal’ market, explained below: 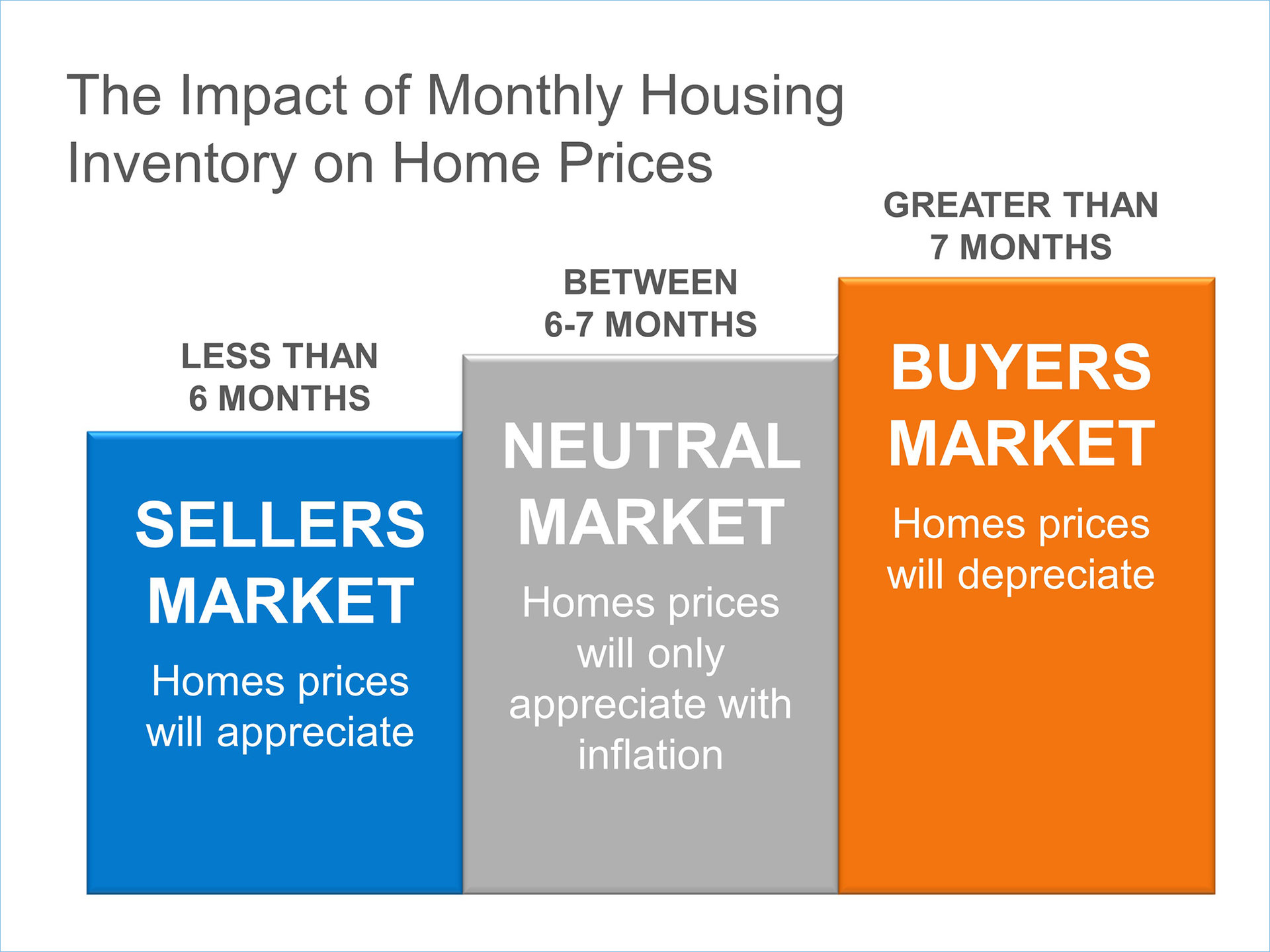 There are more buyers that are ready, willing and able to buy now, than there has been in years! The supply of homes for sale is not keeping up with the demand of these buyers.

Home prices are appreciating in this seller’s market. Listing now will give you the most exposure to buyers who will be competing against each other to buy your house.

A recent post by the National Association of Realtors (NAR) revealed that in the months of December 2014 through February 2015, there was an increase in the number of first-time buyers making a down payment of 6% or less as compared to last year:

While the number of small down payments is lower than it was in 2009 when 77% of down payments were 6% or less, it does show the recent decisions by both Fannie Maeand Freddie Mac to offer 3% down payment options to certain buyers is impacting the market. FHFA Director Mel Watt recently explained why Freddie and Fannie made this decision:

“The new lending guidelines by Fannie Mae and Freddie Mac will enable creditworthy borrowers who can afford a mortgage, but lack the resources to pay a substantial down payment plus closing costs, to get a mortgage with 3% down. These underwriting guidelines provide a responsible approach to improving access to credit while ensuring safe and sound lending practices.”

This is great news to millions of purchasers that have been denied the opportunity to own their own home because of the almost impossible burden of saving for a 20% down payment.

Will these programs create future challenges?

Certain pundits fear that low down payment programs will create a wave of foreclosures down the road. Mr. Watt also addressed this concern:

“To mitigate risk, Fannie Mae and Freddie Mac will use their automated underwriting systems, which include compensating factors to evaluate a borrower’s creditworthiness. In addition, the new offerings will also include homeownership counseling, which improves borrower performance. FHFA will monitor the ongoing performance of these loans.”

Also, the Urban Institute revealed data showing what impact substantially lower down payments would have on default rates in today’s mortgage environment. Their study revealed:

“Those who have criticized low-down payment lending as excessively risky should know that if the past is a guide, only a narrow group of borrowers will receive these loans, and the overall impact on default rates is likely to be negligible. This low down payment lending was never more than 3.5 percent of the Fannie Mae book of business, and in recent years, had been even less. If executed carefully, this constitutes a small step forward in opening the credit box—one that safely, but only incrementally, expands the pool of who can qualify for a mortgage.”